Positivity is contagious.  Whether your volunteering your time or simply donating money, there’s no doubt that charitable giving is good for everyone involved, including the giver. In fact, studies have shown that giving has notable health benefits. Yes, you read that correctly. Giving is actually good for your health! There are many ways in which charitable activity can positively affect your overall mental and, even, physical well-being… but here’s just a few.

Those who are happiest are those who do the most for others -Booker T. Washington 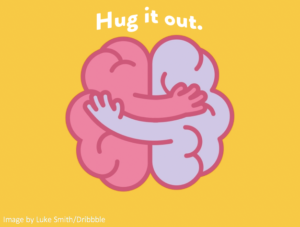 The most prominent personal effects of giving show up within the brain. Many studies have shown that participating in charitable activities have a positive mental impact. Specifically, the effects of giving have been comparable to other activities associated with causing joy such as exercise, eating and even hugs! Speaking of hugs, Oxytocin, the chemical found to increase during acts of volunteerism, has been nicknamed the hug hormone and is known to decrease amounts of stress. So, basically, volunteering is like giving your brain a big hug!

In addition to chemical balances and brain hugs, volunteering has shown to provide a sense of community. Charitable organizations are comprised of many amazing people who keep them running, all of whom are working toward the same goal. By giving, you become involved in something much bigger than yourself. This alone can help combat loneliness, depression and increase the feeling of accomplishment in one’s life.

Although research for the physical effects of giving is still growing, many studies have found that regular participation in charitable activities can be good for your health in the long run. A recent study showed that adults over the age of 50 who volunteered regularly were less likely to develop high blood pressure. This, of course, then lessens the chance for heart disease, stroke and even premature death.

As mentioned above, positivity is contagious, but definitely something you wouldn’t mind catching. No matter the way in which you choose to contribute, give to a charitable organization this coming holiday season. You’re not only helping others but also giving a little back to yourself!