In discussions last year with a non-profit client, we looked at their current size and reach. They knew they wanted to go global beyond their local constituent base, but had no strategy for getting there.

We created a mobile campaign for them that would run 45 days before a big annual event they had. Our intent was to engage supporters prior to the event and allow non-attendees a way to support the event.

An amazing thing happened….the e-mail blast went to their supporters and within the first 5 hours we had engaged 5 new countries of donors and ignited 850 supporters to join their mobile community. They then used this first campaign to spring board into 2 additional, year-end campaigns that continued to build their community!

Another client of ours had never done a global fundraising campaign of any sort, but they had a great following on social media…

They had never tested how loyal these followers really were so we went to work on a strategy. We created a global campaign around reaching 1 Million steps for the mission and created an exciting offer for leading sharers/point leaders. This single campaign gave them insight to how to solidify their marketing/content strategy for the next 12 months focused on building a loyal community and they reached 1 million steps only days into the campaign!

Social Media Helps BUT is Not the Answer:

While social media is great for sharing content it’s not designed for fundraising so make sure your “Community Building” is on a platform built to allow for donations and ongoing engagement that will keep donors tuned into your mission beyond just liking a post.

Focus on building community that plugs into and feeds your social content, but don’t make the mistake of relying on Twitter/Facebook and Instagram to build your community for you. It takes more than a creative post to build an active and loyal community around your mission. 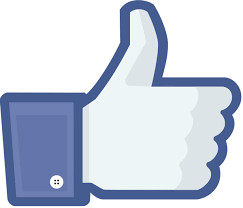 your constituents on mobile with the latest tech.