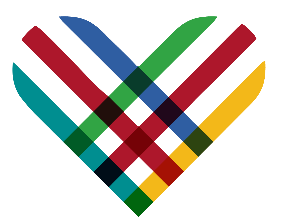 #GivingTuesday is officially on the radar and we can’t wait to see what 2018 brings!   This quickly approaching day of global giving was established in 2012 as a philanthropic movement to kick off the charitable season around the holidays, and encourage end-of-year giving for causes across all sectors.  In its short lifetime, we’ve seen big waves and it has quickly become an increasingly important fundraising day for nonprofits of all sizes. We’re excited to see the 2018 turnout of Nonprofits and supporters.  In eager anticipation, we wanted to take a look at what’s trending for Nonprofits this 2018 season.

There’s Plenty of Room for Growth

Since its start in 2012, the movement has experienced consistent and impactful growth.  The previous years’ numbers reflect this upward trend in awareness and charitable giving.   #GivingTuesday experienced a 63% growth in giving last year, and we expect to see a continuation of steady growth in this year’s big day.

Despite the big donation increases from year to year, awareness of the day still remains relatively low.  A 2016 Harris Poll reported that 75 % of Americans are unaware of the day (PR Newswire 2016).  This is steadily down from 87% in 2015, but enlightening to the fact that there is still room for more growth and participation in the years to come.

The trend for substantial growth for #GivingTuesday is promising.  Most notably when it comes to Millennials and Gen Z (yes! – Gen Z!).   Not only are Millennials more likely to have heard of #GivingTuesday when compared to their older counterparts, but they are also more likely to donate (Nonprofit Source, 2018).  The up and coming Generation Z is similarly interested in making a difference through giving.  They’re only just starting to make their way out of college,  but 30% say they have already donated to an organization and 26% reported to have raised money for a cause (Guidestar, 2018).   This potentially translates to upcoming and untapped supporters for Nonprofits to reach out to in the years to come.

Get Creative and Get Personal.

The ever growing and evolving supporter base allows Nonprofits the opportunity to experiment with different types of campaigns around #GivingTuesday.  Nonprofits will have to  get creative to stand out in a crowded space, and to see what resonates with supporters.  While social media platforms have been essential over the previous years for driving support and raising awareness, shifting preferences among younger supporters have

highlighted the need to branch out to newer forms of engagement.

With that in mind, some Nonprofits are trending towards more interactive experiences:  allowing supporters to create their own campaign pages to share, creating video content, hosting video Q&A’s, and even setting up in-person #GivingTuesday events.  Using Giving Tuesday to kick off a longer campaign of supporter engagement can also help retain supporters throughout the year, instead of just once a year.  All of this highlights the need to get more personal with your supporters.   Donors are asking for a more meaningful, inclusive, and impactful experience, so don’t be afraid to give it to them!

Nonprofits are also reaching out to and including partners for cause marketing campaigns and corporate engagement.  #GivingTuesday is a great opportunity for companies to promote their CSR strategy and get charitable.  Partnerships are a fun way to include both employees and customers in your cause, and promote it through multiple avenues.

Corporate leaders are also shifting the trend and redefining their relationship with charitable impact and employee involvement.  Gone are the days of traditional corporate philanthropy.  The quickly changing climate of social movements, conservation awareness, and overall wellness are becoming important inclusive elements to company culture.   Nonprofits should be connecting with their corporate partners with relevant ideas on hand to activate employees (and sponsorship opportunities).   Creating fun, engaging and impactful giving campaigns for employees, supporters and companies is what #GivingTuesday is all about.

Make it Easy to Get Involved (Go Mobile).

Mobile giving donations increased 205% from 2016 to 2017, according to NonProfit Source. This giving trend will continue to rise as more and more supporters choose mobile as their primary engagement device.  Technology has essentially made it possible to reach anyone, anywhere – in large part due to mobile accessibility.

Nonprofits will be taking advantage of mobile tools with greater emphasis this #GivingTuesday because supporters are interested in the ease of accessibility created by mobile.  Easy donation methods and the ability to participate from any location are tools every Nonprofit should be providing to supporters.  Another benefit of mobile that make it attractive to Nonprofits are the extensive communication tools.  Mobile is a great way to motivate and update supporters through the multiple avenues of communication all in one device.  If you would like to learn more and explore the benefits of mobile campaigns, check it out here.

#GivingTuesday is one of the best ways to raise awareness for your mission going into the giving season.  We hope this year’s campaign is fun, successful and impactful for your nonprofit, supporters and cause!